About a week ago the postman dropped a package at my house. In it: The Traveling G. Somehow this watch wanted to travel to me pretty much. David S., the previous stop of this watch, had two independent ways to choose the next stop and somehow both ways pointed to me. I took some time to travel around the island for photographs. Most are recent photo's. I needed a few to make the story complete.

For the next stop I made it easy. I asked my son Bram to choose the next stop. The watch will continue it’s travel to Eire (Ireland).

This watch must have landed in a strange home. Cats wearing watches, garden gnomes, wooden shoes?

The traveling watch is a G-8000 that replaced the lost G-2210. This version is called Front Flipper in Germany. A pretty interesting model. I think a regular article will show up in the future on 50 Gs.

The boulevard of Flushing.
Most people on Walcheren love the sea. The Flushing Boulevard is well known place to visit for a walk or ride, watching the Westerschelde and it's ships. The broad river mouth gives easy access to the North Sea. Boulvard is actually an old meshed-up “Zeeuws” (dialect of Zeeland) word, from around 14th century for the defensive fortified constructions called "Bolwerken". The word is taken over phonetically in French. Considering even now the letter "E" is here often pronounced as an "A" and the "W" pretty soft, it's not far from bollevark to boulevard. This makes the Flushing Boulevard the mother of all boulevards in the world.

On the end of a dike at the beginning of the Boulevard there is a wind organ.
Vlissingen and Middelburg are connected via a canal (Canal through Walcheren), but when Walcheren still was an island Middelburg could be reached by a river arm, called the Arne.

Riding along the canal or walking on the dike is a good way to escape of daily hectics. In the distance you can see the skyline of Middelburg.

Although Middelburg was already founded in the 9th century, the abbey build in 1125 brought real progression to the island. In the Golden Age Middelburg was the second largest city of the 7 Nether Lands, due to the residence of the United East Indian Company.

This building was the residence of the V.O.C., the Dutch United East Indian Company.

A modern steel bridge connects the new court of law with the quays. This bridge was build by a company in Middelburg that builds luxury skyscrapers.

This sunbathing woman can be found in the main shopping street of Middelburg. Probably everyone who has been here has sit besides here for a photo.

Middelburg isn't an important harbour anymore for at least 2 centuries, but the quays and the restorated old parts of the city still breath the 16th and 17th century atmosphere. Unfortunately the characteristic town hall, the abbey and about 600 monumental houses were destroyed in the bombardment on May 17th, 1940 (my dad's 5th birthday).

The old town hall. The architect was Rombout Keldermans II, from the famous architect family Keldermans.

Already during World War they started rebuilding up the city. When visiting the city you would almost not notice you look at an 50 year old abbey or town hall. Even rebuilt streets look authentic and blend seamless with the still existing old buildings. Only a small tile on the house remembers it was "rebuild from the ashes".

rebuild from the ashes tile.

A walk around the town makes you thirsty. Around the market there are a a lot of great terraces. This terrace had a beer I recently discovered. It is from the Moortgat brewery, the same brewery that brews Duvel. Meanwhile the sun sets and the full moon rises.

One of the many windmills on Walcheren. This one is the closest to my home. In Middelburg there are still at least 4 working windmills.
Nowadays the historic town hall houses the Roosenveld Acedemy, the University of Middelburg. Since a few years a new town hall is used, located along the canal.

This villa was build outside the city. Nowadays it's located in a suburb. There is a beautiful park around it. In the 1970's and 1980's this was a small secondary school. It was my secondary school.

This small castle was build just outside Middelburg. Originally it was a heap of buildings in the 14th century. The park around can be visited, the gardens around it are private domain.

Vlissingen is known for it's royal shipyard "De Schelde". A few decades ago this shipyard was the main employer for the people of Vlissingen. Now the shipyard builds navy ships and very luxurious yachts. About 10 kilometers East of Vlissingen is the industrial zone Vlissingen-Oost (Flushing-East). You'll find mostly chemical industry there.

The Saint Jacobs church is an important landmark of Vlissingen (Flushing)

Besides Middelburg and Vlissingen, there are more pittoresque places on the Island. Veere is one of those places. It was first the place where the ferry to Campen (drowned) and later to Kamperland on North Beveland departed. Therefore the original name of the city is Campvere (Ferry to Camp). After the dam was built to North Beveland, the ferry was not longer needed and also the harbour lost it's function. Nowadays it is an important recreational harbour. The pittoresque city centre, now housing many little shops, was once populated by a large Scottish community. The small city has only a small population. The harbor and the market are now full of small cosy shops. You can find pretty special things here. Souvenirs, clothing, old Dutch toys, kitchenware and candy. I often buy some very special chocolate there. Around the small city there are old fortified defensive constructions.

The fortified defensive works of Veere.

Above the top and below the bottom of the town hall of Veere.

The Campveerse Toren was the place where the ferry to Campen departed.

Above: The Big Church of Veere. Below: kitchenware and toys in one of the curiosity shops of Veere.

You can spend a good time at one of the teracces in Veere. Not only tourists visit this small town, people of Walcheren like to visit this town too from time to time. As you can see, time flies when you have a good time.

Domburg, Oostkapelle and Zoutelande are also beautiful places to visit. German tourist often believe Domburg must be our capital city. The forest around the castle Westhove near Oostkapelle is a loved place to visit around the whole year. This castle was founded in the 13th century. It was property of the Abbey of Middelburg, the abbots used it as a summer residence .

Westhove Castle.
Probably the most attractive places on Walcheren, both for inhabitants and tourists, are the sand beaches. Starting in the south from the Flushing Boulevard it stretches all the way to Vrouwenpolder. The beach of Oostkapelle has been pronounced "the cleanest beach of the Netherlands in 2003.

A path over the dunes, the natural protection of Walcheren.

Walcheren is one of the most sunniest parts of the Netherlands. The more to the west, the better the sun hours. No wonder in summer holidays and weekends an exodus happens from the inland to the coast. And since it's around 28 degrees today, I'm writing this from my beach chair. Time to close and walk to the beach pavilion and buy something to drink and an ice-cream.

Epilogue: It took me almost a week to get all photo's I wanted for this post. I hope you enjoyed the adventures of the traveling G-8000 Front Flipper. A big thanks to Jerry who started this and Alan who donated this second G-Shock for this purpose. 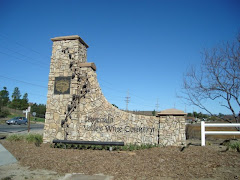 Jersterca
Hi my name is Jerry I live in So Ca. My hobby is watch collecting, sharing that is what this blog is about.